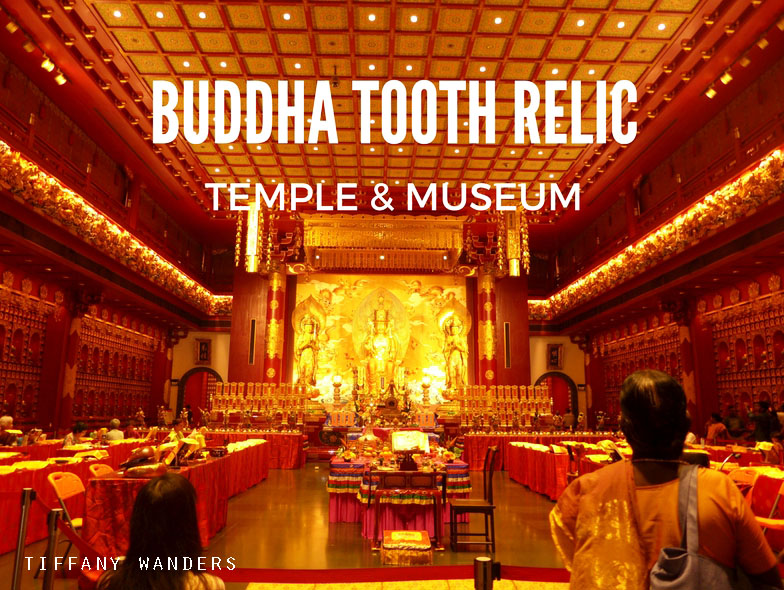 On our 3rd day in Singapore, we decided to explore the Chinatown district of this city state. I realized that this part of Singapore is livelier because of the volume of tourists and shops in the area. There were Europeans, Americans and other Asians eagerly taking photos of the places and spots.

On this part of the city, you can find a lot of temples, pubs and restaurants. One of the temples we’ve visited is the Buddha Tooth Relic Temple and Museum. Admission in the temple is FREE! All you need to pay is the bus/taxi fare and maybe your meal when going to this attraction.According to Wikipedia:

The temple was established in 2002. It is a five-story Buddhist temple where the tooth relic of Buddha is stored. However, you can only see it in a public viewing gallery because only the monks are allowed inside the chamber. The architectural style of the temple was based on the Buddhist Mandala of the Tang Dynasty. It is located at 288 South Bridge Road, Singapore 058840. 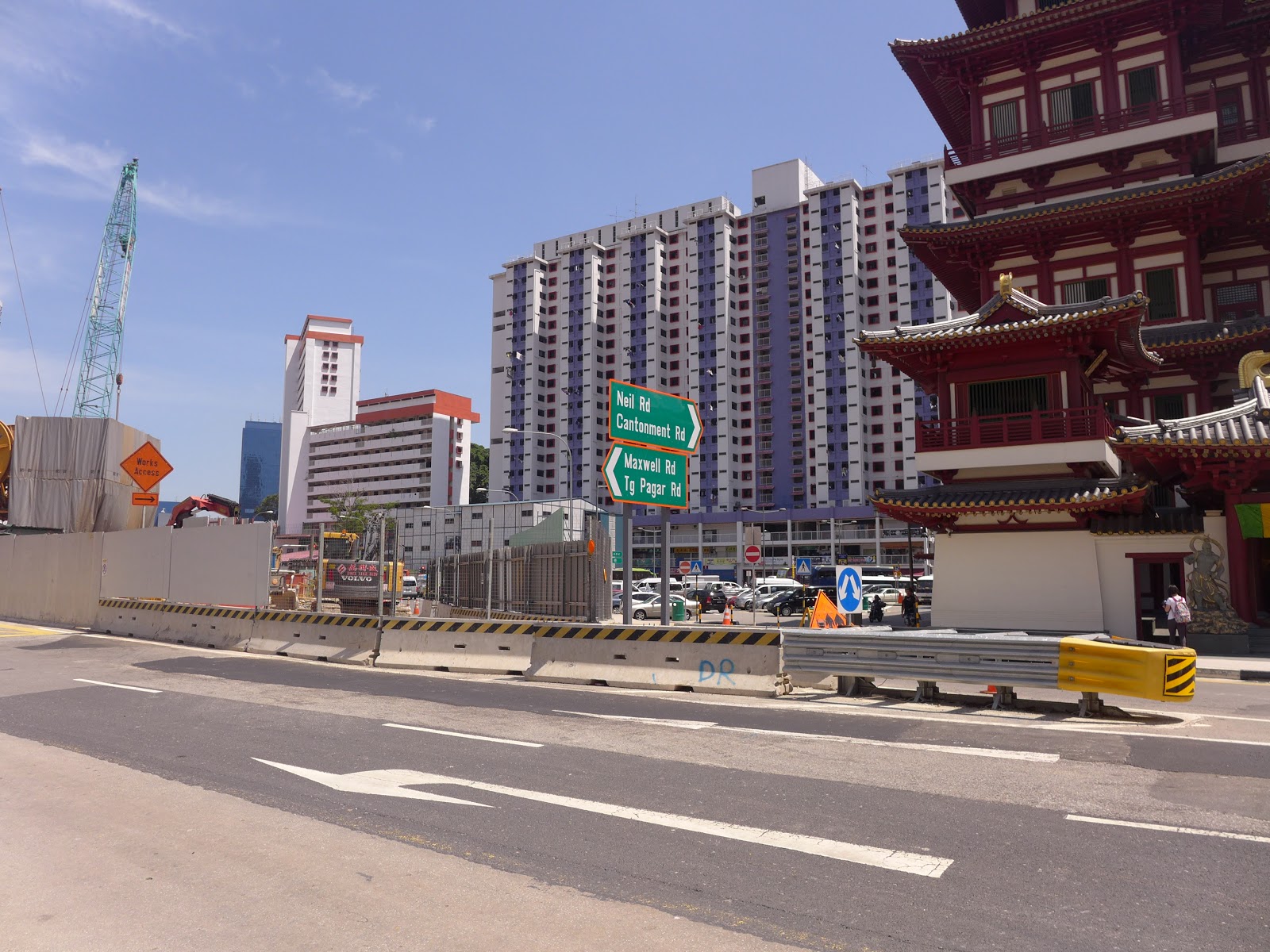 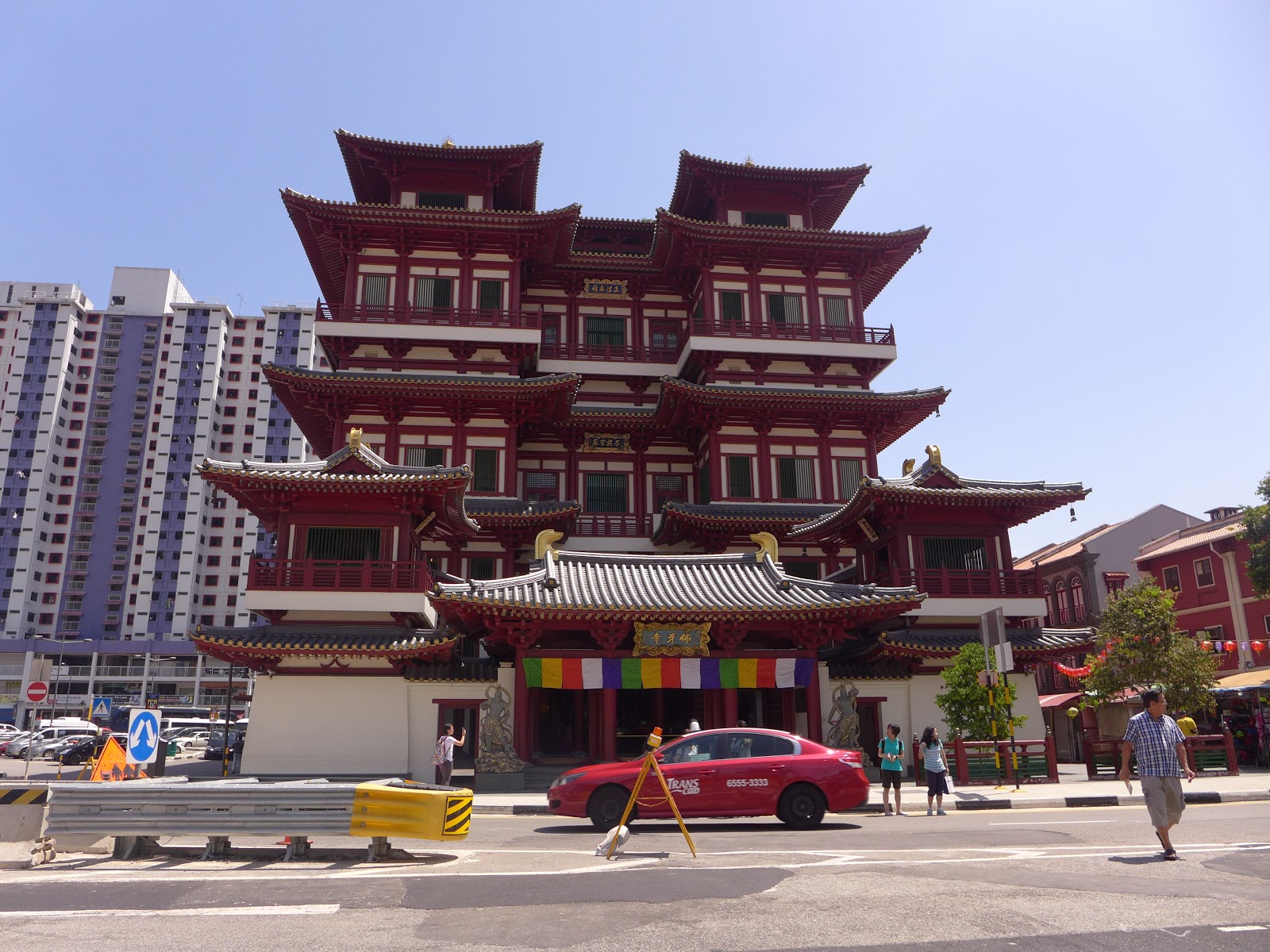 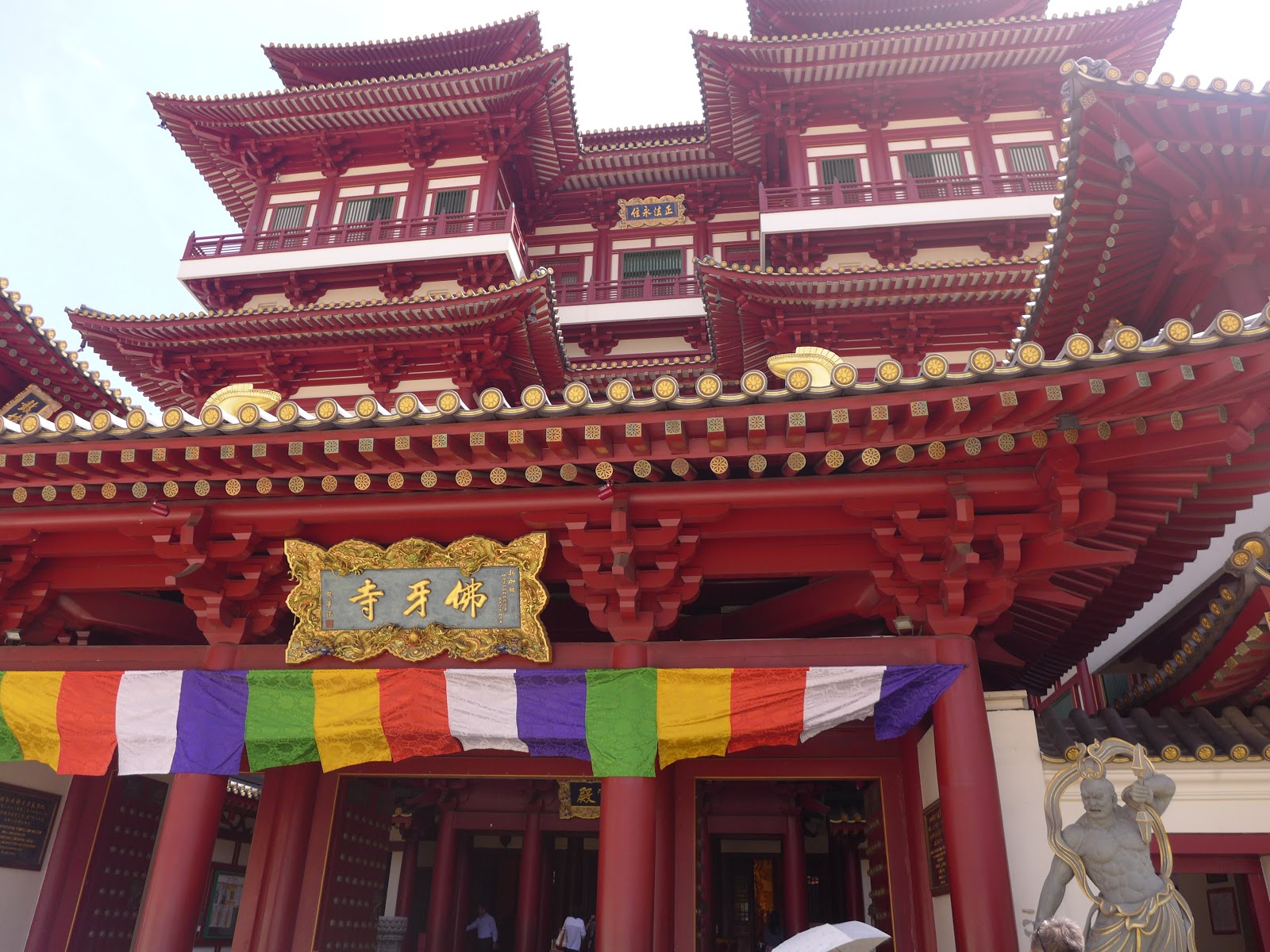 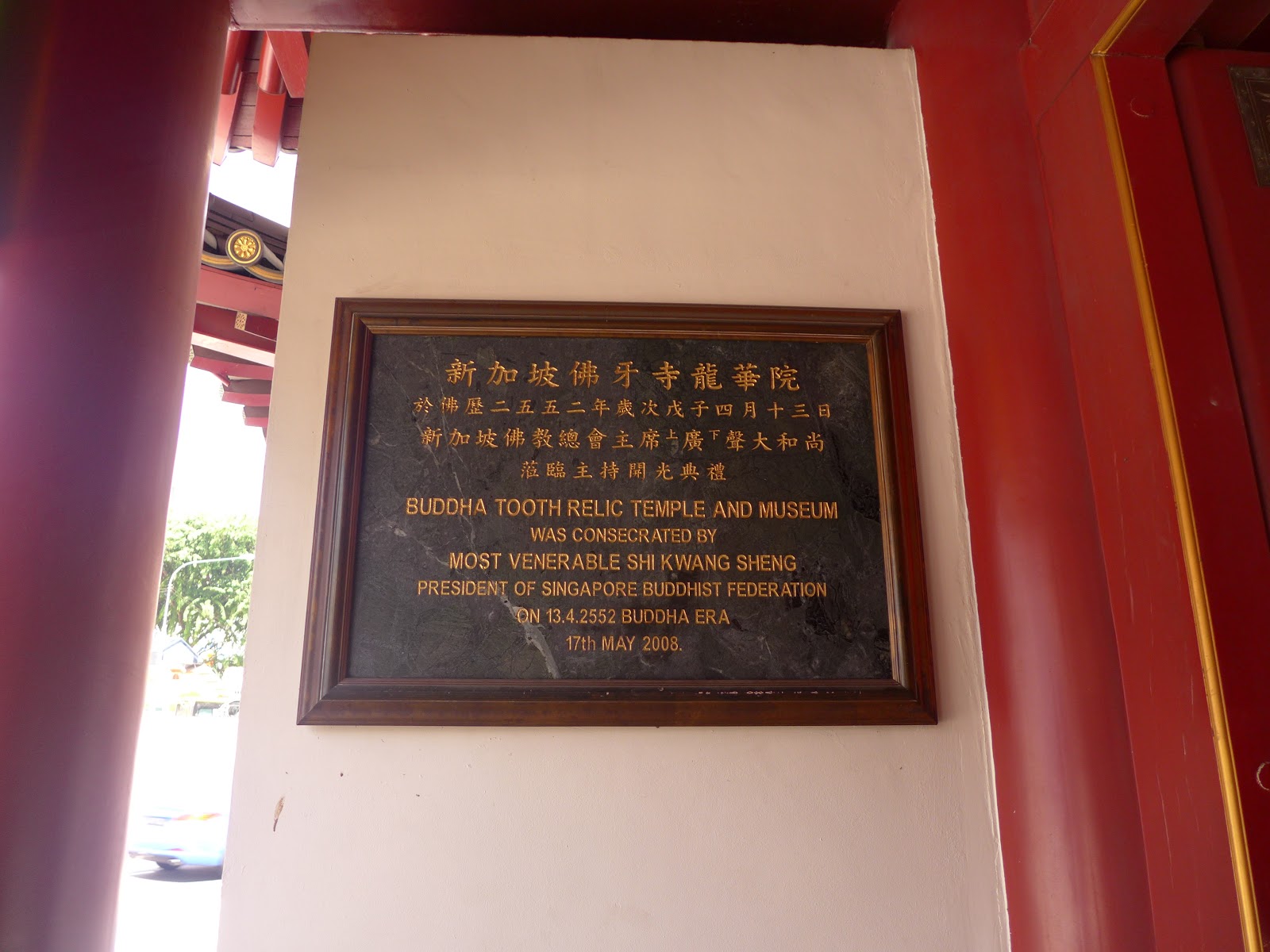 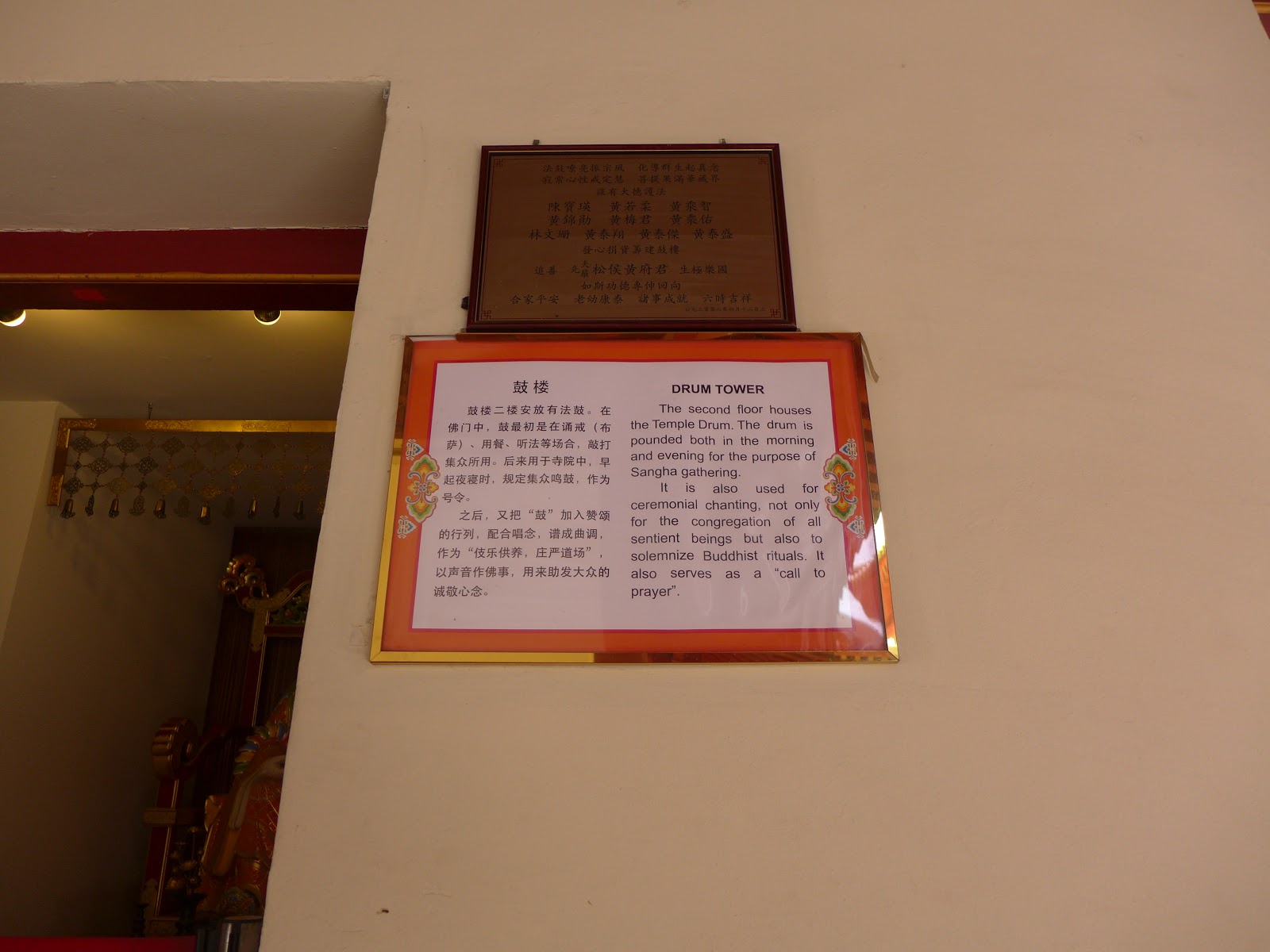 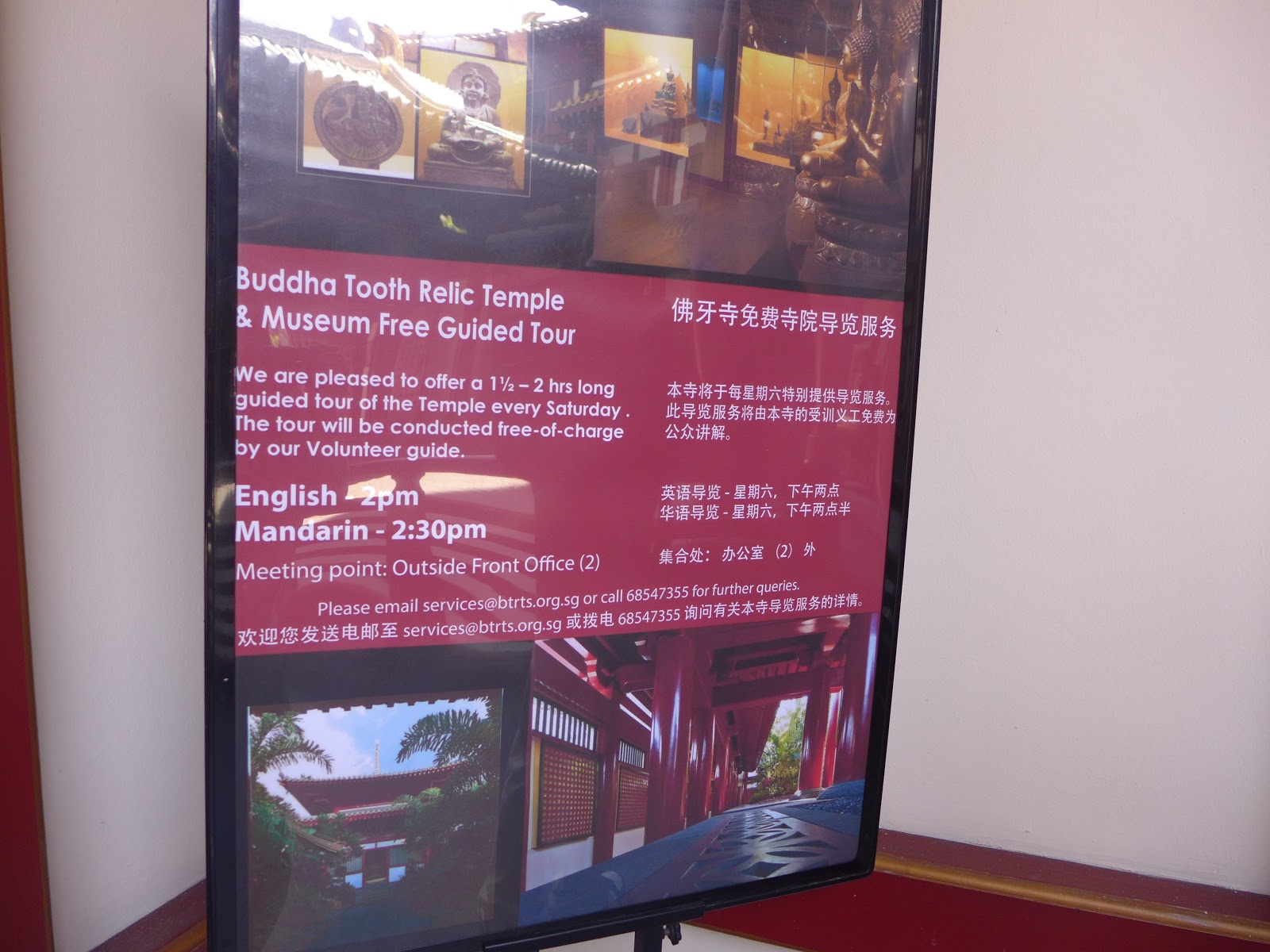 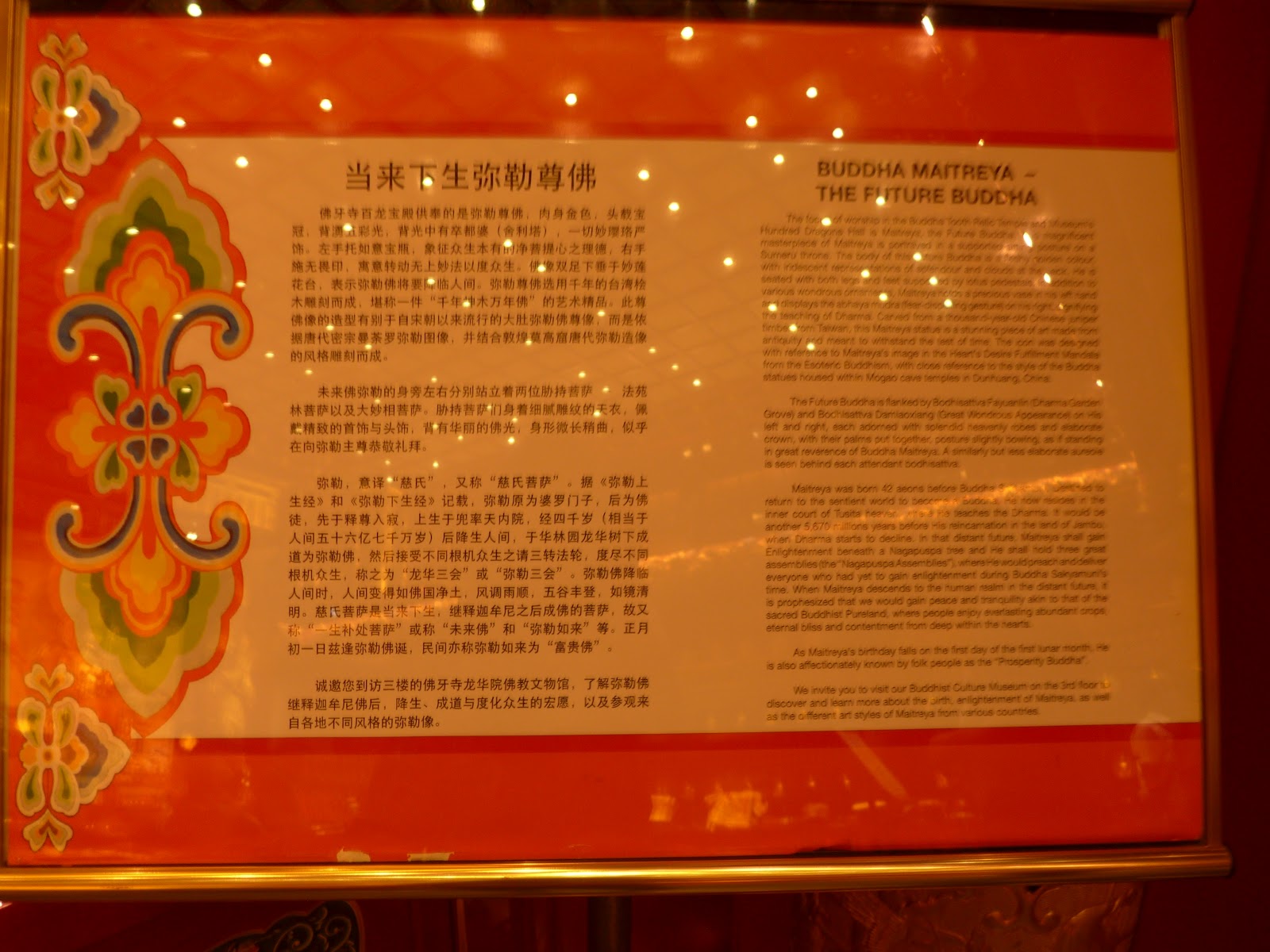 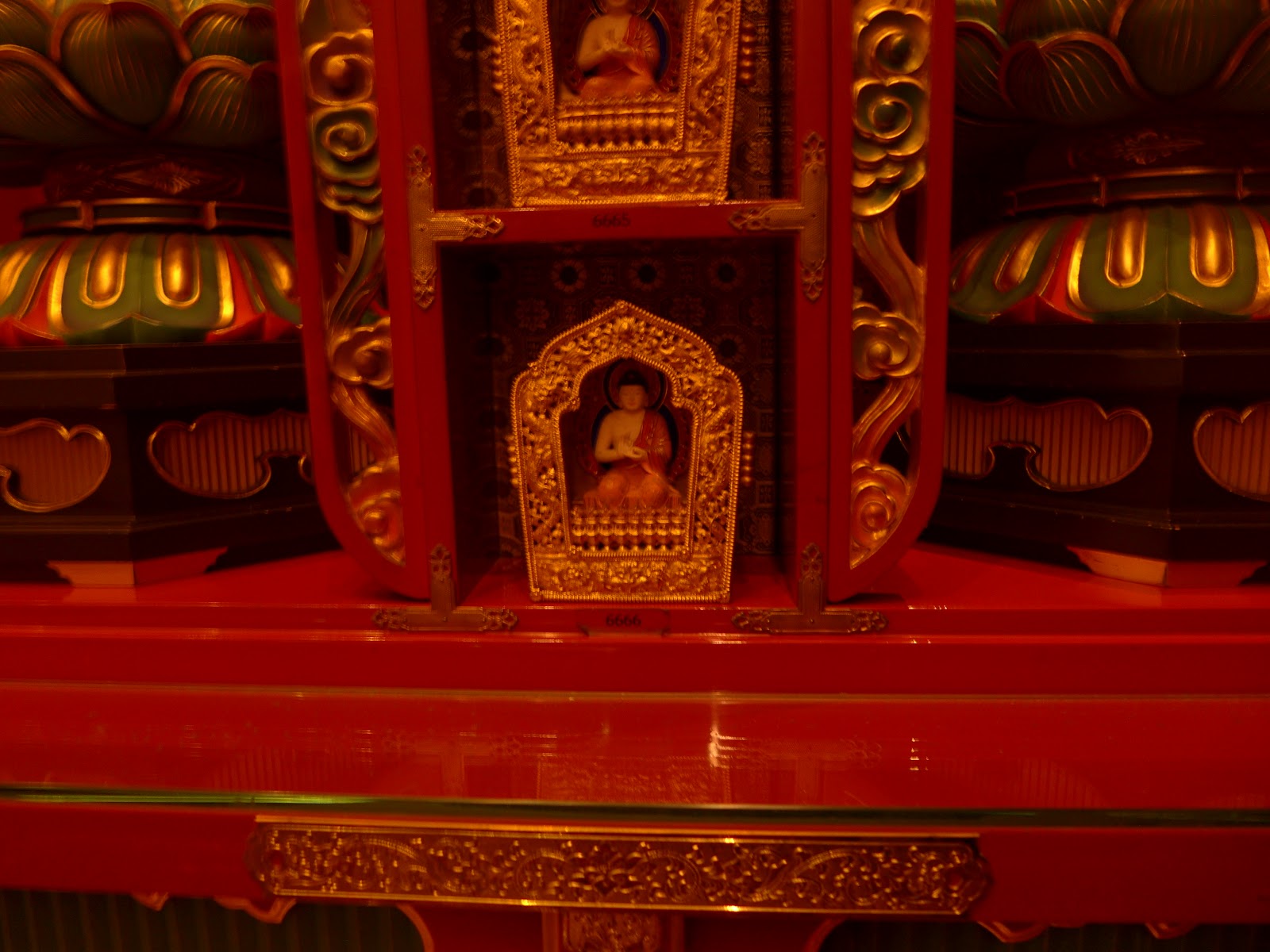 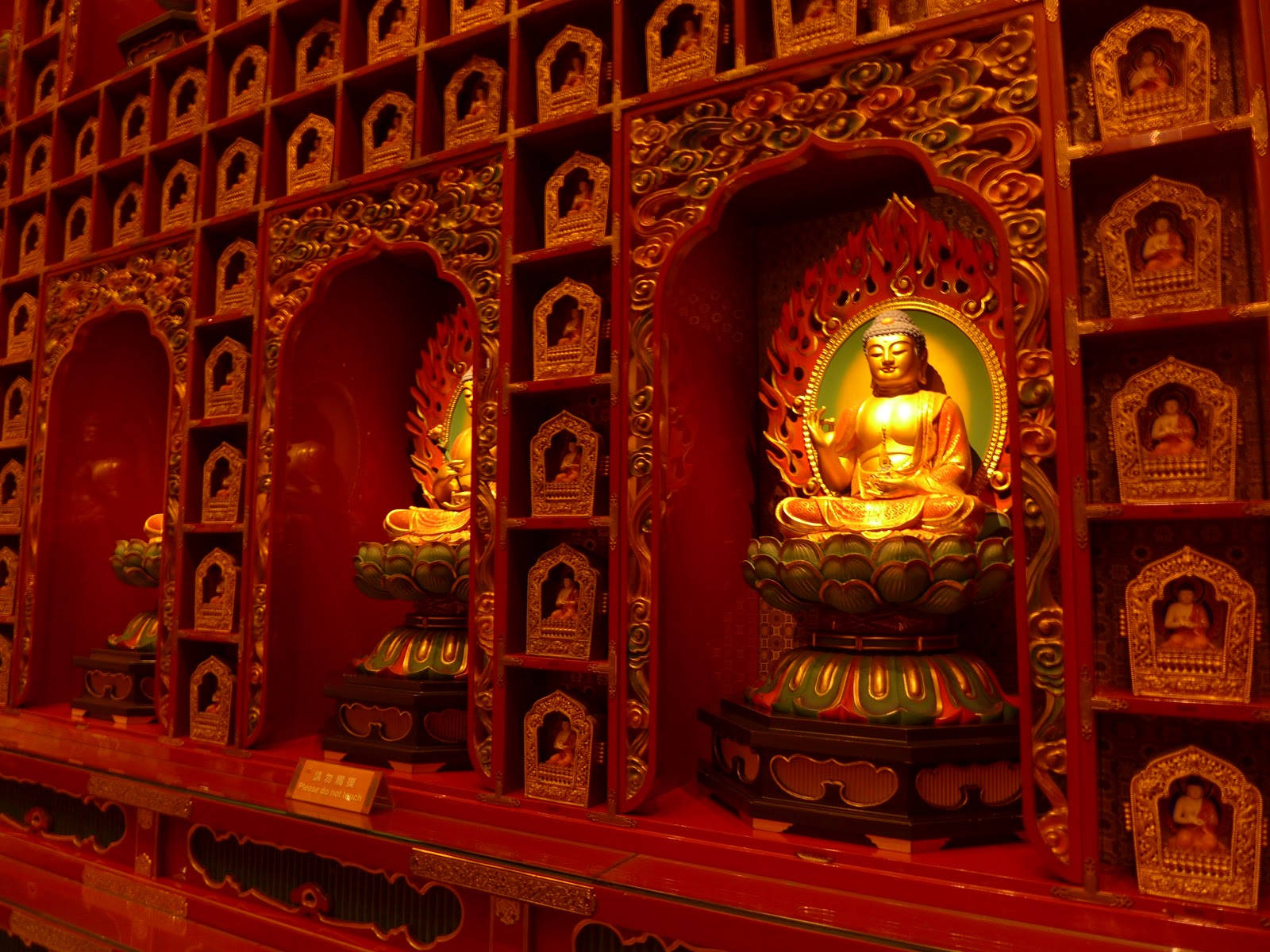 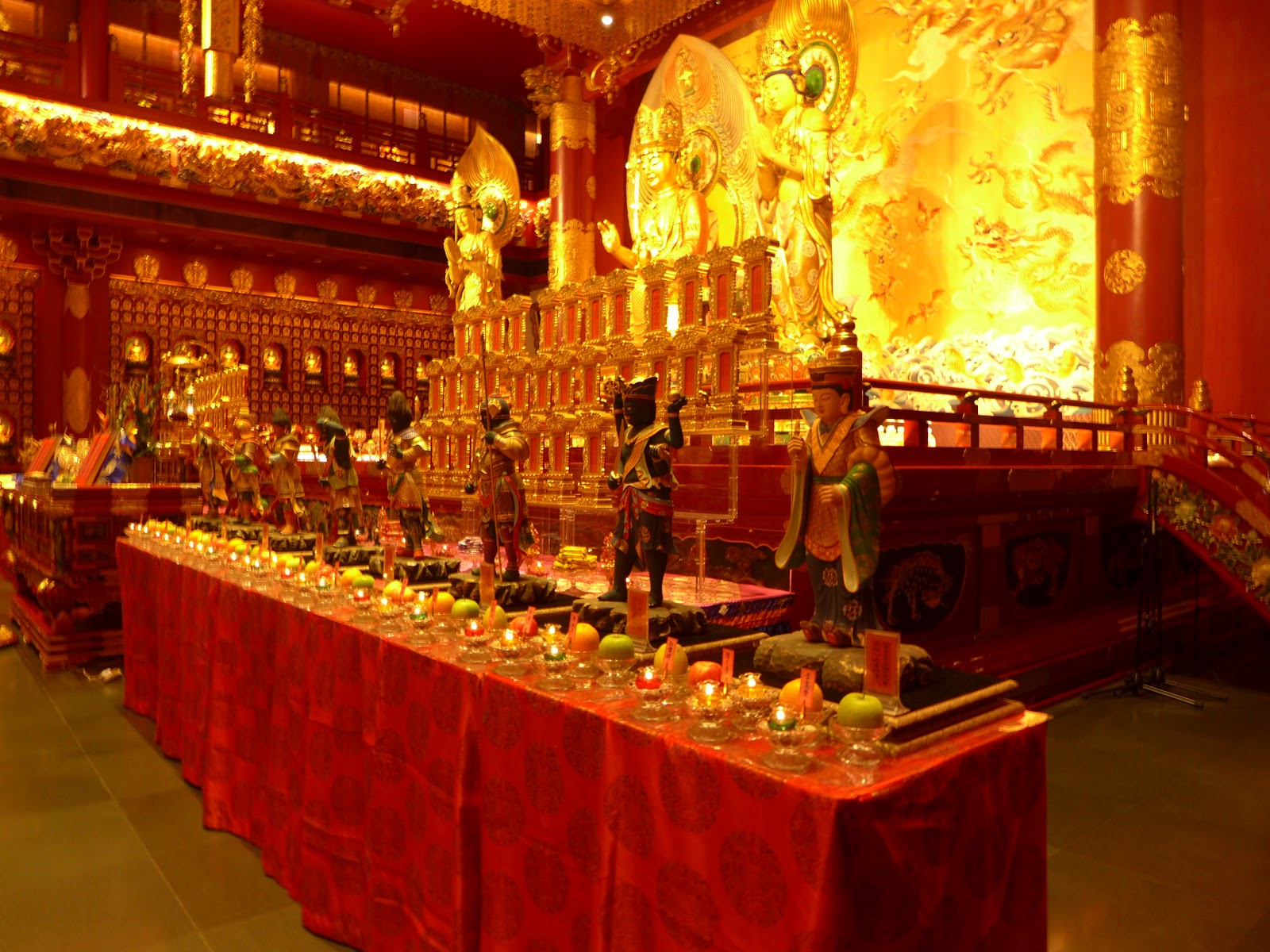 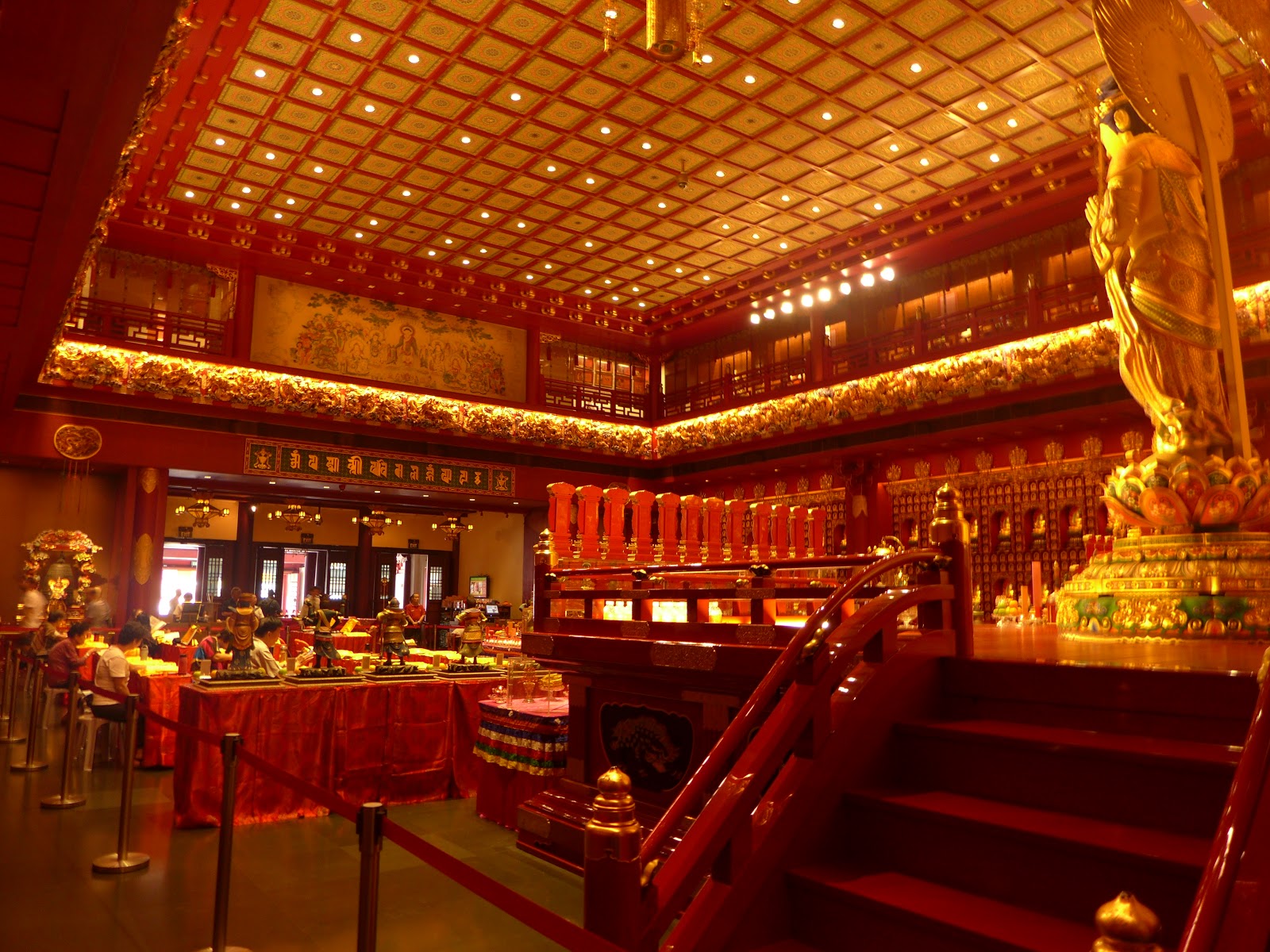 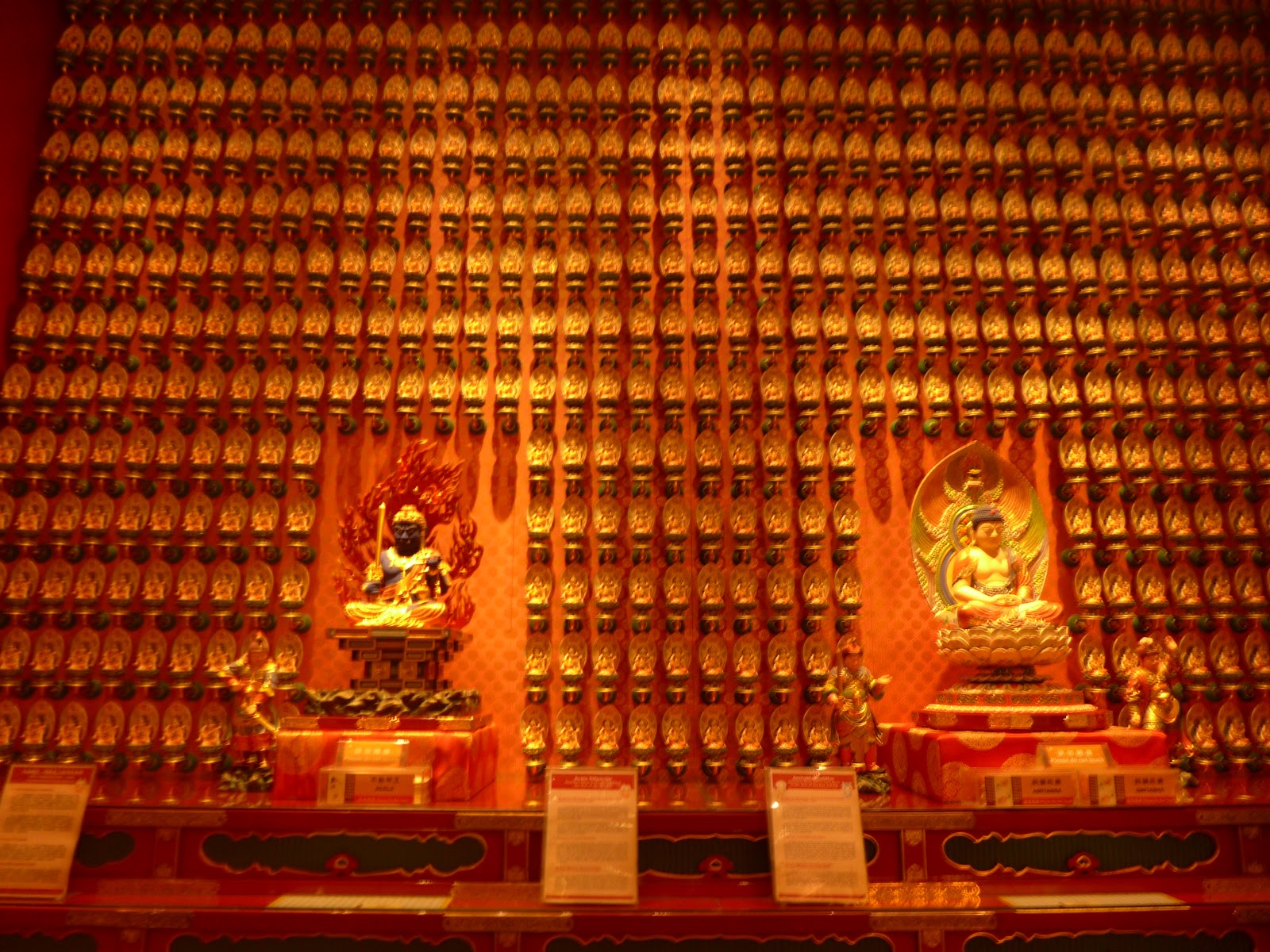 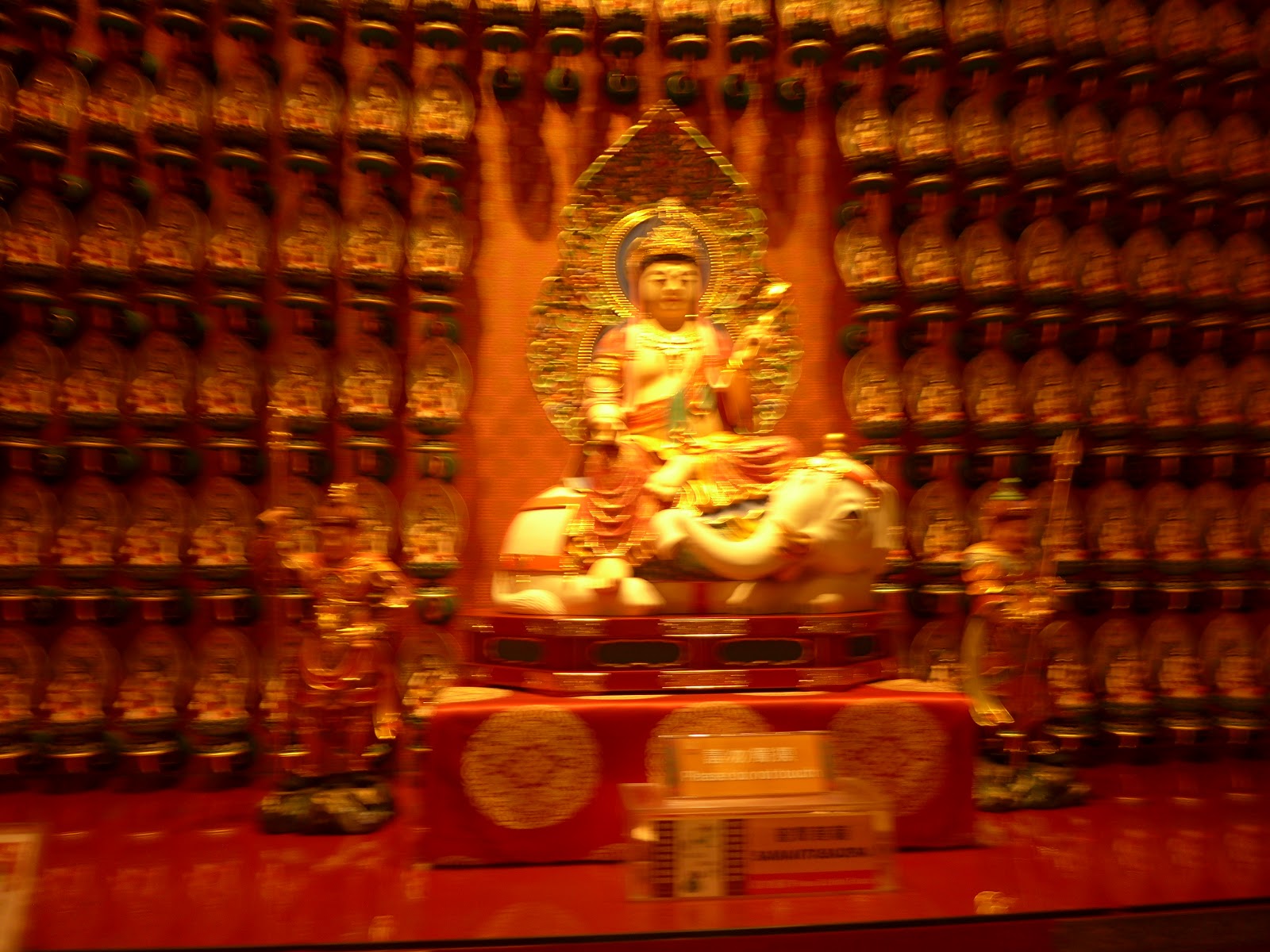 From Hotel Yan, we took a bus in Lavender Street and hopped off around Chinatown. The bus fare was S$1.75/person. Using maps.me app, we searched for the temple. If ever you see Sri Mariamman Temple first, that means you’re near. If you get lost, just ask around. The first floor of the temple is where the hundred Buddhas and other statues are put on display. I was in awe the moment I’ve seen it. Unfortunately, we never had the chance to see other floors due to time constraints. A noteworthy highlight of the temple is the tooth relic of Buddha which is stored on the fourth floor of the building.

In addition, there were big and small statues and a large prayer wheel if ever you miss the tooth relic.Every Saturday, there is a free 1-2 hours tour by a volunteer guide. Availing this free tour, you will get to visit all floors. Most of all, you will learn more detailed information about the temple and stories behind each statutes on display.

The internal design of the temple was fascinating. The bells ringing in the background gave a dramatic feel to the temple.

Outside the temple, there is a box where you can get free incense. You can light it and pray. On the opposite direction, there is the Chinatown Complex where you can buy pasalubongs for family and friends in Pinas. Aside from the complex, there were a lot of restaurants in the area where you can eat and relax after the tour. I’ve had a Hainanese Chicken with rice and it was fantastic. 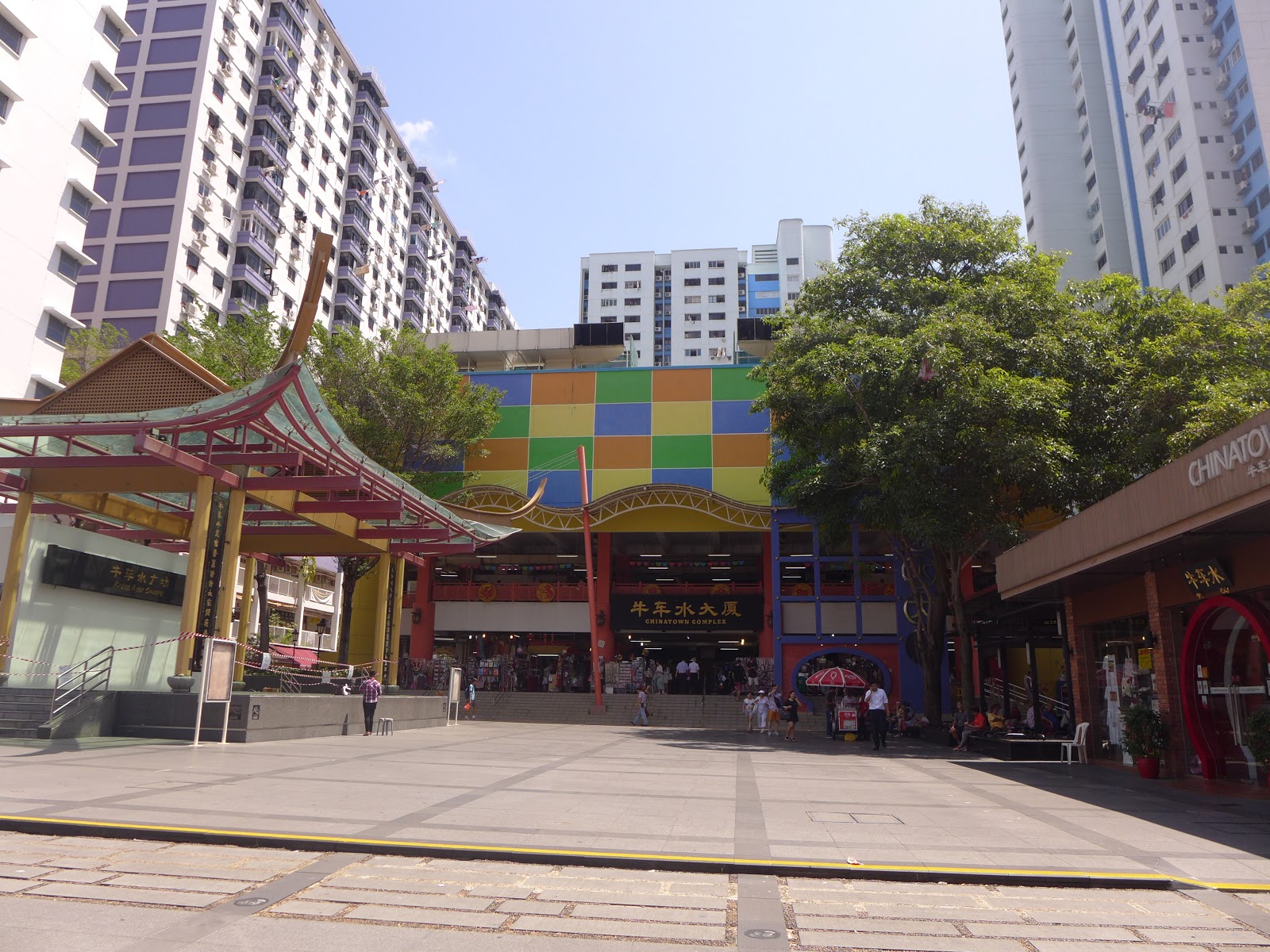 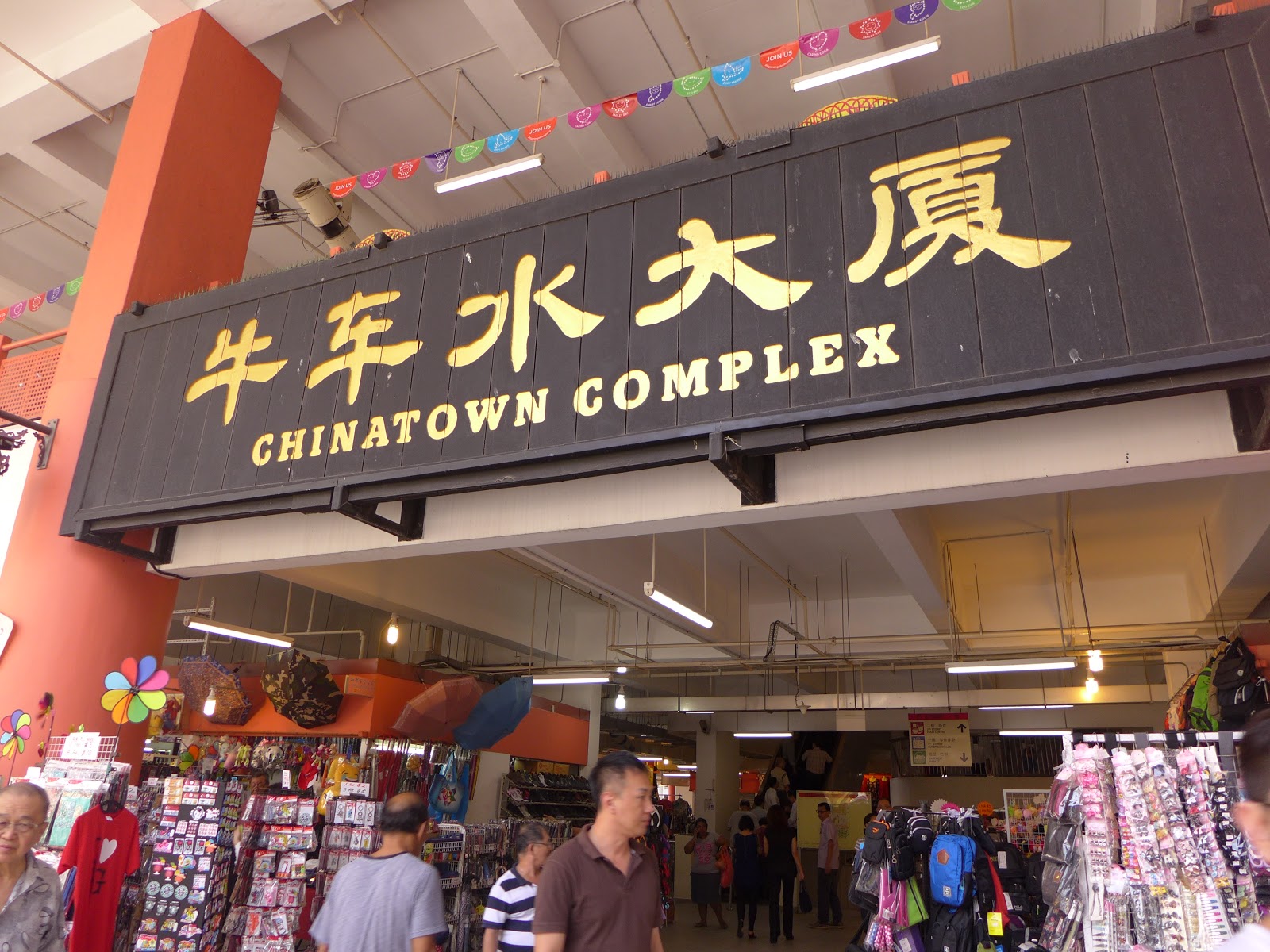 END_OF_DOCUMENT_TOKEN_TO_BE_REPLACED

A Taste of Home: Maria’…

Pinay in the UK: Calamansi + …

Getting a CFO Sticker and …