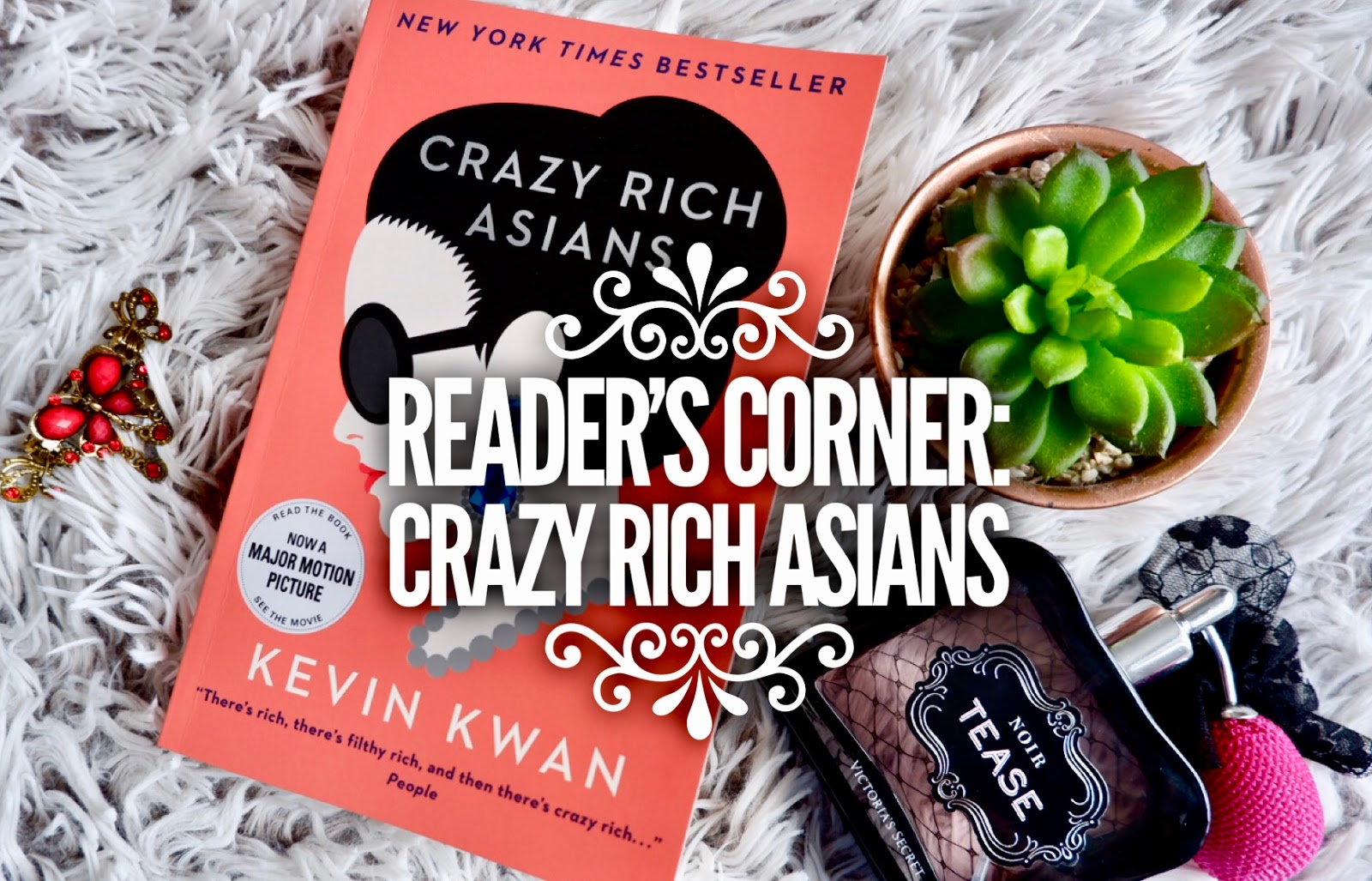 I’m a book lover. But when Korean dramas entered the scene, my attention has been diverted. It’s a really bad habit, I know.Recently, I just realised how much I miss reading books. England has so many shops where you can find the newly released titles in the market. If you don’t want to spend too much money, you can buy books on charity shops as they tend to be really cheap. You can get a book for £1-2. If you have a Kindle, you can buy books online cheaper than the paperbacks. Or if you are a Kindle unlimited subscriber, you can read as much books as you like. A month ago, I saw the movie promotion of Crazy Rich Asians on Instagram. The book is written by Kevin Kwan. I got curious and decided to give it a go. It only took me a week or so to finish the first book, and less than a month to complete the trilogy! It’s that kind of book that’s hard to put down. The book mainly showcases Asian culture, mainly Chinese. The main setting is in Singapore. I’ve traveled to other Asian countries, but I’m still amazed with the differences we have in cultures and traditions. The book is definitely worth it. I laughed and cried all throughout. Now I’ve finished the book, I will surely miss certain characters like Nick, Rachel, Astrid, Peik Lin, Ah Ma, and Eleonor (she’s very funny!). One thing about the story I can’t forget is filthy rich people loves to buy expensive items like Gucci, LV, etc. But when they’re in a hotel, they love all those freebie soaps! Why would they love to go for freebies when they can afford it like a million times? Here is a summary according to GoodReads:

Crazy Rich Asians is the outrageously funny debut novel about three super-rich, pedigreed Chinese families and the gossip, backbiting, and scheming that occurs when the heir to one of the most massive fortunes in Asia brings home his ABC (American-born Chinese) girlfriend to the wedding of the season.

When Rachel Chu agrees to spend the summer in Singapore with her boyfriend, Nicholas Young, she envisions a humble family home, long drives to explore the island, and quality time with the man she might one day marry. What she doesn’t know is that Nick’s family home happens to look like a palace, that she’ll ride in more private planes than cars, and that with one of Asia’s most eligible bachelors on her arm, Rachel might as well have a target on her back. Initiated into a world of dynastic splendor beyond imagination, Rachel meets Astrid, the It Girl of Singapore society; Eddie, whose family practically lives in the pages of the Hong Kong socialite magazines; and Eleanor, Nick’s formidable mother, a woman who has very strong feelings about who her son should–and should not–marry. Uproarious, addictive, and filled with jaw-dropping opulence, Crazy Rich Asians is an insider’s look at the Asian JetSet; a perfect depiction of the clash between old money and new money; between Overseas Chinese and Mainland Chinese; and a fabulous novel about what it means to be young, in love, and gloriously, crazily rich.

END_OF_DOCUMENT_TOKEN_TO_BE_REPLACED

Why I Switched to Kindle?

Transferring Money from UK to …